Omega 3, Are You Getting Enough? 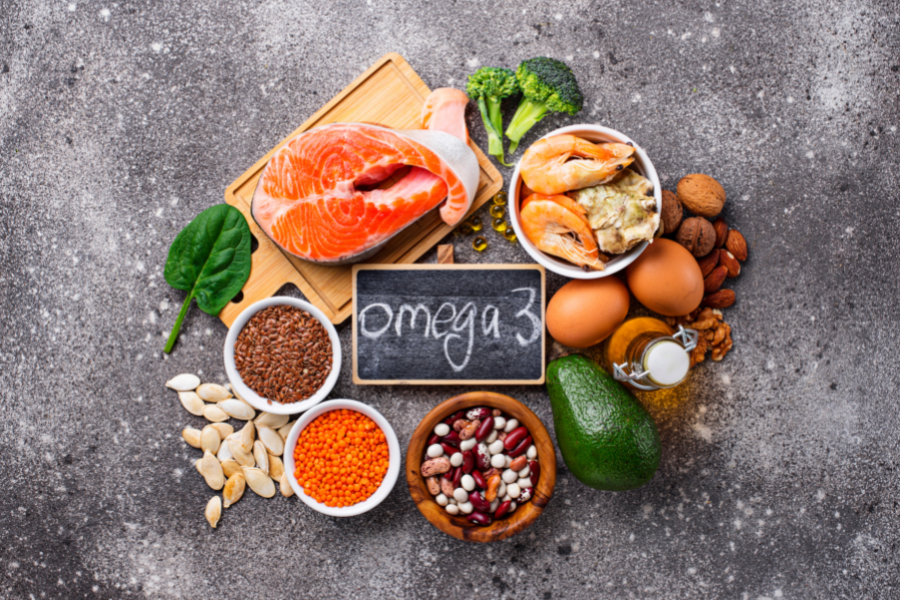 Omega 3 is an essential fat. This means that it can’t be made by our bodies so, a little like vitamins, must be obtained through the diet. The main dietary sources are oily fish such as, salmon, mackerel and sardines, walnuts and flax seeds and also, to a lesser extent, dark green leafy vegetables, grass fed beef and dairy milk. There are other omega fats too like omegas 9 and 6, but these are much more abundant so are not generally deficient in people’s diets.

The body can survive without omega 3, but it definitely can’t thrive without it and that is for a couple of main reasons. Firstly, omega 3 is a critical component of brain function. All biological cell membranes are made up of two layers of protein and fat, called a phospho-lipid bilayer. The cell membranes of brain cells prefer the lipid or fat part to be made from omega 3. If there is a deficiency of omega 3, then a substitute fat will be used but unfortunately, to the detriment of function.

Omega 3 is fluid at body temperature and allows neurotransmitters into the cell easily, where they can act on the cell. However other fats are more viscose, making it more difficult for chemical messengers to enter. This has been shown to have a negative impact on mood stabilisation in numerous studies. Although there is no consensus as to why this might be, higher omega 3 levels seem to translate into increased serotonin levels, which is a key neurotransmitter involved in mood and social skills and is often low in people with depression.

The other core reason we need omega 3, is its anti-inflammatory affect. Omega 6 on the other hand, has a pro inflammatory metabolic cascade, so the ratio between the two fats in our diets is important for balancing internal inflammation. The ideal ratio is likely to be < 5:1 omega 6 to omega 3, however current Western diets have a ratio closer to, or even above, 15:1 which is thought to be a contributor to inflammatory diseases, such as heart disease and arthritis.

Unlike with vitamins and minerals, there is no evidence-based guideline daily amount for how much omega 3 is needed. We just don’t know. But most authorities recommend 2 portions of fish per week or 1000mg supplement daily, to be sufficient for preventing deficiency, although there is no recommendation for how much might be optimal.

The omega 3 found in supplements comes from different sources and comes in the different forms ALA, EPA and DHA. The most readily useable forms are EPA and DHA, so look for a supplement with both. Fish liver oil is a common source but contains high levels of vitamin A, which can be toxic in high amounts, so I generally don’t recommend this type. Fish oil and krill oil are both high in EPA and DHA, without the vitamin A. Krill oil has two additional benefits over regular fish oil.  The omega 3 in krill oil are found as phospholipids, rather than the triglyceride form as they are in fish oil. The phospholipid form has been shown in some studies to be more readily absorbed and effective than from triglycerides. Krill also contains the antioxidant astaxanthin which may have further anti-inflammatory benefits above and beyond that of the omega 3 alone.