Is Breakfast the Most Important Meal of the Day? And What Happens When you Skip it?

Always eating breakfast has long been promoted as a healthy habit. Social media abounds with #healthybreakfast options; everything from smoothies to sweet potato “toast”. Healthy people eat a good breakfast is the message – loud and clear.

But can we be sure about this? And what happens when you throw exercise into the mix? Should we eat before or after a workout? Recent research suggests the answers are not so clear.

Nutrition experts have generally always recommended breakfast – it’s even in some official healthy eating guidelines around the world. Previous research had suggested healthier people tended to eat it – breakfast eaters have been found to be healthier overall and to weigh less. The thinking was that people who skip breakfast end up overcompensating later in the day and eating more, or reaching for unhealthy foods to fill the gap.

However, new studies have thrown up some discussion on breakfast’s image as “the most important meal of the day”. A review published in the British Medical Journal – looking in particular at weight control – found people who ate breakfast ate more calories overall and were slightly heavier than those who didn’t eat breakfast. This suggested, researchers said, that breakfast might not be a good strategy for weight loss. This mirrors other research which has found energy intake tends to be a bit higher overall on days when breakfast is consumed.

Surprisingly, though, there hasn’t been very much research specifically on breakfast. Even the authors of the most recent review said their results should be interpreted with caution. 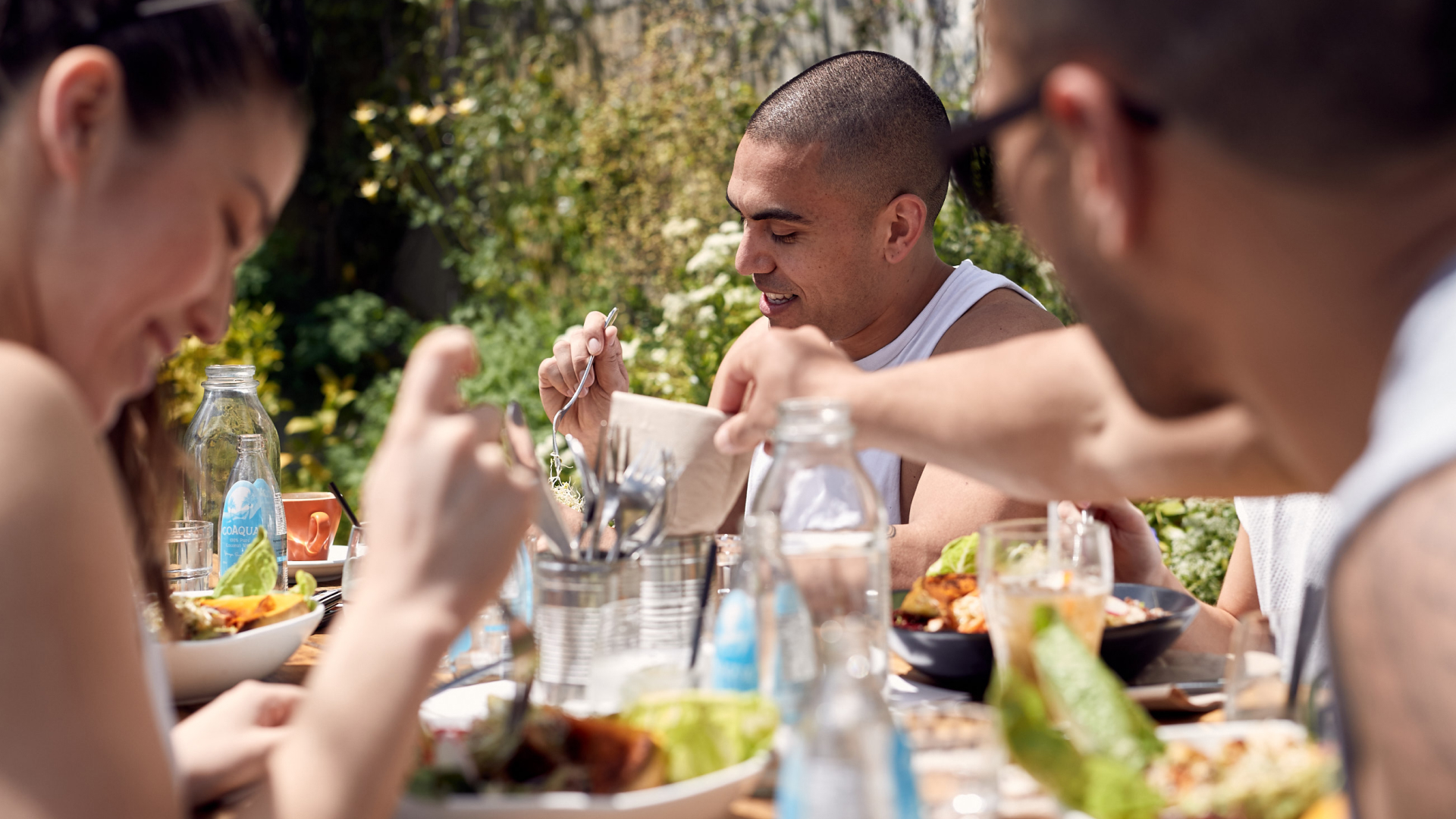 FASTED EXERCISE: SHOULD YOU EAT BEFORE A MORNING WORKOUT?

In most cases, the amount of value you get from eating prior to a morning workout depends on the individual.

A 2013 study published in the British Journal of Nutrition looked at whether exercising on an empty stomach (known as “fasted training”) was beneficial or not. It found men who worked out without breakfast ended up not compensating for the missed energy. What’s more, they didn’t experience increased appetite, hunger or food consumption later in the day. The fasted trainers also burned more fat than those who ate breakfast before working out.

On the other hand, a review of all the research in this area in 2017 found “minimal changes in body mass and composition” following aerobic exercise in both fasted and fed states. In other words, it doesn’t make much difference whether you eat breakfast or not before a workout. The review concluded that “performing exercise in a fasted state did not influence weight loss or changes in lean and fat mass”. Basically, the jury is still out.

There is interesting emerging evidence about the possible benefits of not skipping breakfast altogether, but delaying it. In other words, leaving a longer gap between dinner and breakfast. The “16-8” style diets, where eating is limited to an eight-hour window during the day, can be an effective weight loss strategy for some people (although it’s worth noting the research shows it’s no better or worse than many other weight-loss diets). It appears there may also be a benefit for our gut bacteria in doing this, as fasting gives bacteria a chance to rest and recover. Even a 12-hour break between meals can have this benefit.

This all points to breakfast being more of an individual choice, rather than a strict health rule.

If you’re an exerciser and you want to avoid distracting hunger pangs and feel like you have the energy to work out, breakfast is probably a good idea – but experts recommend trying to have it an hour before you exercise for maximum benefit. If you’re exercising early in the morning and that’s unrealistic, you could have something small – some yoghurt and fruit, say – before you work out, and then a proper breakfast afterwards to refuel and help your muscles recover and rebuild.

WHY IS IT GOOD TO EAT BREAKFAST?

One of the best arguments in favor of eating breakfast, whether we’re exercising or not, is that it’s a good opportunity to get some great nutrition into us. If we don’t eat breakfast, we have one less meal in which to get the nutrition we need for our day. Breakfast is a meal that typically lets us get in some fiber, in the form of whole grains from bread and cereal or fruit or vegetables, and some protein, maybe in the form of eggs, milk or yoghurt. We’re also getting all the other good things that come inside those foods. If we don’t have breakfast, then we have to really power-pack our other meals and snacks to make sure we get the best and healthiest stuff into the day.

Whenever you break your fast, make it count by including the best possible fuel.

WHAT MAKES A HEALTHY BREAKFAST?

In a great breakfast, you’ll want to get in some protein and carbohydrate – ideally some high fiber carbs. If you’re a cereal person, go for the “wholest” of whole-grain versions – mueslis and granolas with whole-grain oats, for example, and those full of seeds and nuts, rather than the super-processed cereals. Look for high fiber and low sugar. Add some milk and yoghurt for protein and get a serving of fruit in, and you’ll be off to a good start. Or go for wholegrain toast, eggs, or tofu and vegetables. 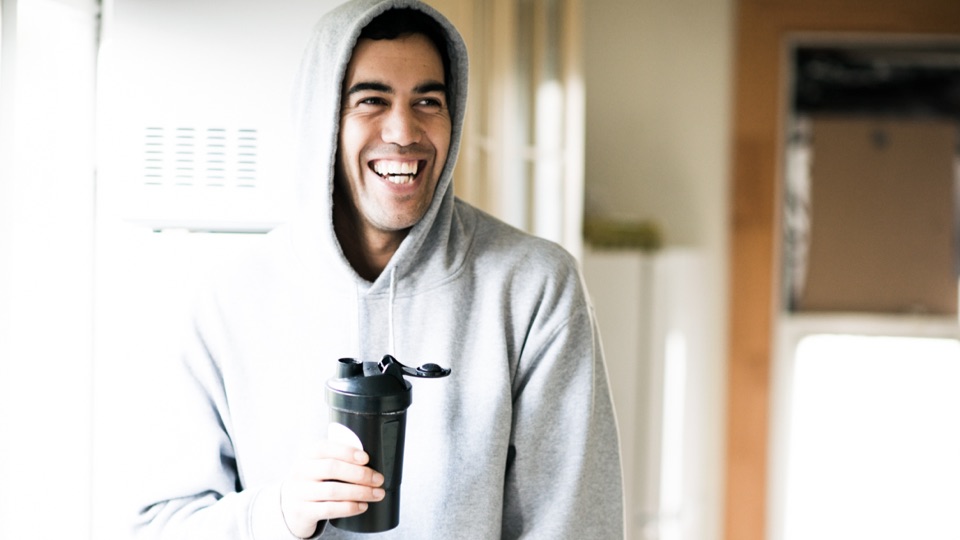 3 BREAKFAST FAVORITES: WHAT AND WHEN FITPROS EAT

Erin Maw always eats breakfast before her morning workouts. “Our bodies use carbs, fats and protein for fuel, so I always try and get that in my system before any workout. I usually fuel up with complex carbohydrate like banana, good fats like nut butter and a protein (usually protein powder mixed with coconut yoghurt), or a small protein shake. If I have a big workout, I’ll have big bowl of proats (protein oats).”

Ben Main doesn’t normally eat before an early morning workout. “If anything I’ll have a green tea or a coffee. But straight after my workout, I will have a protein shake. And about 30 minutes later a meal packed with carbs, fats and protein. You can’t beat an egg white omelette (cooked in the pan and then oven grilled) – it always gives me a delicious protein hit to start the day.”

Kylie Gates opts for a black coffee to start the day. “About mid-morning, I’ll have a meal packed with nourishing protein. I used to always eat overnight oats, but I’ve learned that grains don’t really agree with me. Now I go for a protein-rich breakfast of eggs, goats cheese and fish (usually sardines, as they are low in mercury).”